Plants grow best in the soil and climate they have originally adopted. These days with lots of technology available, the optimum conditions can be created at places different from the original.

Areas around the Equator have tropical climate. The weather is warm and there is plenty of water due to rains. This weather is suitable for copious growth of plants.

Fruits such as pineapples, persimmons, papayas and bananas grow in such a climate. Bananas are number one crop of the world. They grow in more than one hundred countries on the farms called plantations. India is the largest producer. Philippines, China and Ecuador are the next 3 top producers. Bananas are the powerhouse of energy which is stored as sugars.

Kiwifruit called Kiwi has a very different story. It was originally found in China. In early 1900, Mary Isabel Fraser visited China and tasted the fruit. She brought home the seeds and with the help of a gardener succeeded in growing the first crop in 1910. Since then New Zealand produces 1/3 of all the crops of the world. 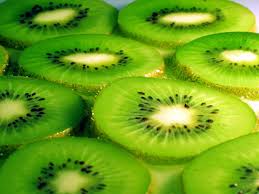 Rice is the staple food for the people living in many Asian countries particularly those living along the coastal areas because fish and rice go along best. Rice is held in high esteem and is used in many religious ceremonies. For example in India Annapurna is the Hindu Goddess of rice. Her name comes from the Sanskrit word for rice, anna. She is often depicted with a rice spoon in her hand. Rice requires plenty of water for its growth and many flood prone areas in Bangladesh, rice is grown extensively.

In contrast, wheat is grown in North India and population eats bread made from the wheat. Wheat does not require much water as compared to Rice. Wheat contains more micro-nutrients than rice.

As the population is increasing, the number of mouths to feed are increasing. So every Government is striving to increase the production. Research is being done continually to develop strains which give more yield, less prone to attack by bugs and do not grow much stalk because longer the stock more are chances of its falling and getting damaged.

And surprisingly, the man behind this research hails from Punjab where the wheat is the dominant crop. Dr Gurdev Singh Khush may not be a household name. But his rice varieties are. By the time he was 25, Dr. Khush had already received a Bachelor’s Degree in Agriculture at the Punjab Agricultural University in India, as well as a Ph.D. in genetics from the University of California, Davis in the US. After several years at UC Davis researching genetics of tomatoes, Dr. Khush moved on to the International Rice Research Institute plant breeding department in 1967, where he worked with Dr. Beachell. In less than five years, he became head of IRRI’s plant breeding department and was well on his way to developing his own new varieties of “miracle rice” based on Dr. Beachell’s IR8.In the last 32 years, he and his team at the International Rice Research Institute (IRRI) in Manila, have introduced over 300 new grain varieties, including IR8, IR36, IR64 and IR72, which triggered the Green Revolution in Asia in the 1960s. Today, IRRI rice varieties and their progenies are planted in over 70 per cent of the world’s rice-fields.
“Farmers were initially sceptical about our new grain varieties, which took less time to mature than traditional varieties. But our perseverance paid dividends,” recalls Dr Khush. During the first 25 years of Dr Khush’s programme, world rice production doubled from 256 million tonnes in 1966 to 518 million tonnes in 1990, enabling an additional 700 million people to obtain adequate nutrition.
In 1976, Dr Khush introduced IR36, called “the miracle rice” that has since become one of the world’s most widely grown food crop varieties. According to IRRI estimates, IR36 has added about five million tonnes of rice annually to Asia’s food supply and accounts for an additional $1 billion yearly income to Asian farmers.
What prompted Khush to take up a career in agricultural research? “I come from Punjab, in northern India. There was a lot of poverty and not enough food. My father was a farmer, and he strongly encouraged me to do something for the agricultural community,” says the 64-year-old scientist. His pioneering research has won him many awards, the most notable being the World Food Prize in 1996, which he won for his contribution to “advancing human development by improving the quality, quantity or availability of the world’s food supply.” The prize, widely regarded as the equivalent of a Nobel Prize for agriculture, is awarded by the World Food Prize Foundation based at Des Moines (USA).
Khush is now working on new grain varieties designed to increase yields by another 25 per cent. “The mission of my life is to continue to work towards the improvement of rice, and to be able to feed more and more people,” says Dr Khush who now lives in Los Banos, near Manila in the Philippines, with his wife, Dr Harwant K. Khush.